Effect of acids
Weak acids, even at the boiling point, have no effect on polyester fibres unless the fibres are exposed for several days. Polyester fibres have good resistance to strong acids at room temperature. Prolonged exposure to boiling hydrochloric acid destroys the fibres, and 96% sulfuric acid and causes disintegration of the fibres.

Miscellaneous properties
Polyester fibres exhibit good resistance to sunlight, and it also resists abrasion very well. Soaps, synthetic detergents, and other laundry aids do not damage it. One of the most serious faults with polyester is its oleophilic quality. It absorbs oily materials easily and holds the oil tenaciously.

Physical properties
Moisture regains
The moisture regain of polyester is low, ranges between 0.2 to 0.8 per cent. Although polyesters are non-absorbent, they do not have wicking ability. In wicking, moisture can be carried on the surface of the fibre without absorption.

Heat effect
The melting point of polyester is close to that of polyamide, ranging from 250 to 300°C. Polyester fibres shrink from flame and melt, leaving a hard black residue. The fabric burns with a strong, pungent odour. Heat setting of polyester fibres, not only stabilizes size and shape but also enhances wrinkle resistance of the fibres.

Mechanical properties
A wide of polyester fibres properties is possible depending on the method of manufacture. Generally, as the degree of stretch is increased, which yields higher crystallinity and greater molecular orientation, so are the properties, e.g., tensile strength and initial Young’s modulus. At the same time elongation normally decreases. An increase in molecular weight further increases tensile strength, modulus, and extensibility.

Shrinkage of the fibres also varies with the mode of treatment. If relaxation of stress and strain in the oriented fibre occurs, shrinkage decreases but the initial modulus may be also reduced. Yarns maintained at a fixed length and constant tension during heat setting are less affected with respect to changes in modulus, and reduced shrinkage values are still obtained.

Poly (ethylene terephthalate) shows nonlinear and time-dependent elastic behaviour. Creep occurs under load with a subsequent delay in recovery on the removal of the load, but compared to that of other melt-spun fibres, creep is small. 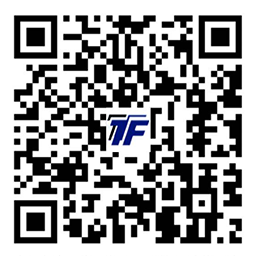